Children represent our greatest hope for a violence-free future. At SafeHouse, we provide counseling and a nurturing environment, through both individual sessions and group activities, for children who have experienced domestic violence. This intervention helps kids to manage conflicts in their current situations now and throughout adulthood.

Paired with domestic violence education and safety planning, cultivating a positive relationship will help to build a new generation of individuals who have reclaimed their right to a life free of domestic violence. 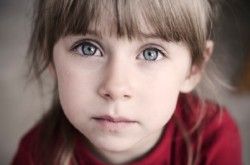 We are here! Our 24-Hour Crisis Line—303-318-9989—remains fully operational and our advocates continue to support and safety plan with clients over the phone. Our Non-Residential Counseling and Advocacy Center welcomes new clients and is providing counseling by phone during the COVID-19 Safer at Home Order.