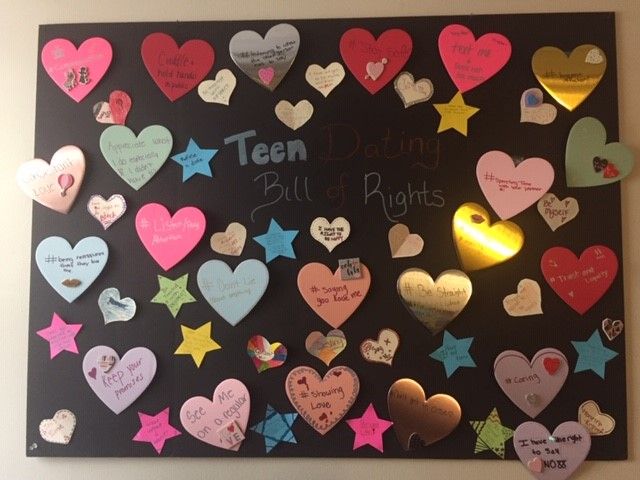 This Teen Dating Violence Awareness Month, we sat down with Natasha Adler, MPA, one of our Domestic Violence (DV) Advocates at SafeHouse Denver who serves teen clients, as well as adult survivors whose abuse began in their teens, to gain insight into what they’re experiencing and how they’re working to overcome their abuse.

Short-term, whirlwind relationships with escalating violence are also common in her caseload. Sometimes there’s a family history of abuse, but not always. More often, she sees situations in which parents of an abuser are supportive of a teen relationship and the parents of the victim are not. “The victim ends up moving in with the family of the abuser, which only makes the situation worse—at that point, bridges have been burned and the victim feels unable to return home when things escalate,” she explains.

On the positive side, there’s more reporting of teen dating violence, mostly by concerned family members of those experiencing abuse. Some teens also attend schools where healthy relationship discussions are part of the curriculum, which makes them more willing to talk about abuse and ask for help.

For many adult survivors, it’s often revictimization, and likely not from the original offender, that prompts them to seek help. “Being revictimized by a different partner to the point that they’re noticing it’s a pattern in their life,” explains Adler. “These clients come in saying, ‘This has been going on forever. Why do I keep picking the wrong people?’”

Adler immediately assures them that it's not their fault; perpetrators target young people who are new to intimate relationships and vulnerable. She then educates them to recognize red flags of coercive behavior and works with them on building boundaries that lead to healthy relationships moving forward.

For others, the turning point is when substance abuse starts to creep into their lives. “I’ve had clients come in after suicide attempts or addiction therapy when they realize there’s something deeper causing their depression or use of drugs and alcohol, and they’re ready to examine the root cause—their trauma—and heal that,” she shares.

Being connected to community resources is really beneficial to those striving to overcome abuse, according to Adler. “Having a support system, not only friends and family but also a neutral party, and understanding that there are many others out there who want to help too,” explains Adler. “Having that sense of community—a team rallying around you—is really empowering.” SafeHouse Denver partners with community agencies, like the Rose Andom Center, to ensure survivors have all the resources they need to reclaim lives free from abuse.

Adler admits she finds it a bit intimidating to work with teens because she remembers what she was like as a teenager. “I thought I knew everything and found it very irritating when anybody tried to tell me they knew anything about my life,” she shares with a chuckle. So her approach to working with teens is to, first, just listen.

“If they’re taking time out of their schedules, out of socializing with their friends or hanging out after school, or whatever they’d rather be doing, they’re here because they want to be and for a good reason, so I feel less pressure to pull things out. Even though they may not want to listen to a lot of the things I have to say, the fact that they’re here in my office shows me that they’re going to do the work, and I really appreciate that," she adds.

In her experience, most teens come in and say, “I know this is wrong; what should I do about it?” shares Adler. So she asks them, “What boundaries have you already set up and how can we build on that?”

Her approach is to give them the tools to solve their own problems. “You’re the expert in your life,” she tells them. “I’m just here for feedback. You get to drive the car; I’m here if you need directions.”

Adler believes preventing abuse starts with education. For her, teaching others to respect personal autonomy is the key to ending abuse. “Being able to make our own decisions is so important to making us human,” she says. “The first thing we see when a survivor walks through the door is a loss of sense of self because that is stolen in a DV relationship, so I think that would be an excellent place to start.”