@NotARealDogly @MayorHancock Thank you for reaching out! Simply due to lack of space, we can't accept cars. We work… https://t.co/xlZnbgtNlf
SafeHouse Denver

Our Emergency Shelter is more than just a safe building. Counseling and resources are also available to empower sur… https://t.co/Z6mKDwy8HH
SafeHouse Denver

Speaking Out Against Sexual Assault 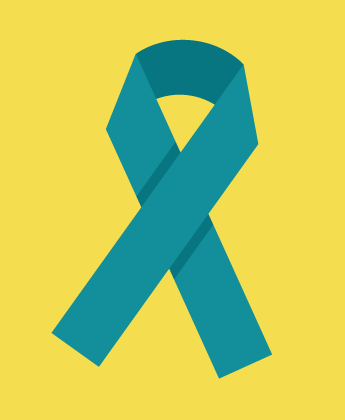 Like any form of abuse, sexual assault is disturbing enough on its own.

This type of violence can feel like a more personal violation because of the shame and stigma that society has assigned to it, especially when it happens between partners in a relationship.

Unfortunately, this connection makes it an ideal method for perpetrators to exert power and control over survivors, often emerging within the patterns of abusive behavior in domestic violence.

Sexual assault is defined as unwanted sexual contact or behavior that occurs without consent, ranging from pornographic messages to intimate touching to forced sexual activity. Force doesn’t always mean physical pressure, as abusers may use threats or intimidation to manipulate survivors into participating.

Another key form of sexual abuse is reproductive coercion, which involves emotional pressure to become pregnant and/or the act of contraceptive sabotage (tampering with condoms and/or birth control pills) as a means of using the pregnancy to control the survivor.

“We know that domestic violence and sexual violence are both about power and control,” Abigail Hansen, Director of Counseling and Advocacy Services at SafeHouse Denver, said. “In an intimate relationship, if there is an unequal distribution of power and control, then there’s an argument to be made that any sexual activity can’t be fully consensual because there’s always that dynamic going on.”

The frequency of these abusive incidents is far too common. RAINN reports that an average of 433,000 Americans are sexually assaulted every year, which breaks down to an assault every 73 seconds. It’s further estimated that one in every six American women have experienced an attempted or completed rape. Men are not absent from these experiences either, as they represent one in every 10 people who have been raped.

Contrary to popular belief, sexual assault is not always a random act by a stranger. The National Intimate Partner and Sexual Violence Survey showed that 10% of women and 8% of men in the United States have been raped by their partner, while 17% of women have experienced other forms of sexual abuse within their relationship.

“We don’t do really great education in our culture about boundaries within relationships,” Hansen said. “If a survivor doesn’t have the ability – given the dynamics in the relationship – to make a fully informed decision on their own about what’s right for them… that’s part of abuse.”

In the teen dating violence group at SafeHouse Denver, there is a strong focus on social media and where to draw the line about what’s appropriate for each person. Group leaders advise participants about red flags in relationships and what healthy interactions should look like.

Hansen recalled an older SafeHouse client who found herself at the intersection of domestic violence, sexual abuse, and trafficking when she was forced to participate in paid adult webcam chats. In keeping with the patterns that are common in abusive behavior, the situation progressively escalated from a private video experiment with the perpetrator into public exploitation.

When survivors begin services at SafeHouse Denver, their initial intake packet includes an inventory about abusive behaviors they have experienced so Advocates can provide counseling accordingly. Many survivors do not check the boxes that involve sexual abuse, but it often comes up in later sessions as they build trust and rapport with their Advocates and feel more comfortable disclosing their trauma. “Once they share their experience, […] we just validate the heck out of that. We just do what we do and provide emotional support and really talk about that as part of the cycle of domestic violence,” Hansen said.

As far as supporting someone in your own life who is experiencing abuse, Hansen suggests listening first if the survivor is ready to talk. Letting them guide the conversation empowers the survivor to seek the support that they need to heal and move forward. Being aware that abuse has many layers and happens in different ways will show respect for their journey.

“If [you] know someone who’s experiencing domestic violence, then know that there’s a great likelihood that [survivor] is also experiencing sexual abuse by this person and not talking about it,” Hansen said. “Being in a relationship doesn’t negate any violation that someone might experience from inappropriate sexual activity.”

If you are experiencing abuse or you know someone who is, we are here to help.

We are here! Our 24-Hour Crisis Line -- 303-318-9989 -- remains fully operational, and our advocates continue to support and safety plan with clients over the phone and online. Our Non-Residential Counseling and Advocacy Center welcomes new clients and is providing counseling by phone and video call as the COVID-19 pandemic continues.