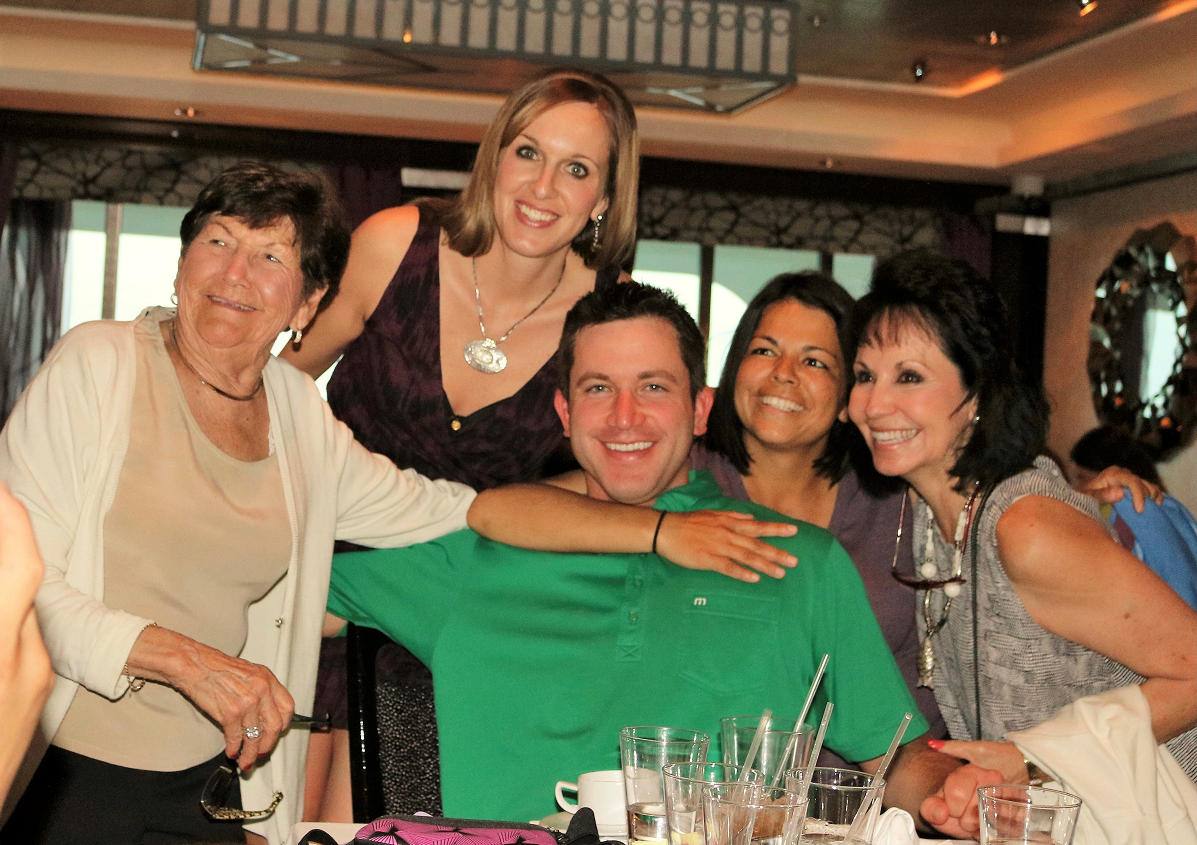 Welcome back to our regular series: the Supporter Spotlight!

Every member of our community has a story… a reason why the work of SafeHouse Denver and our mission of supporting survivors means so much to them.

This month, Board member J.J. Simon shares how his family's past inspired him to work toward a safe, stable future for survivors everywhere.

Tell us a little more about yourself.
J.J. is a Colorado native who grew up in Steamboat Springs. As you might expect from living in a mountain town, he enjoys outdoor sports and activities like golf, tennis and hiking. He’s also a big fan of spending time with his close-knit, Hispanic family, which includes a whopping 19 cousins on his mother’s side. “Even though I’m not the oldest cousin, I really try to set an example for them and talk to them about the importance of getting involved in important causes in the community,” J.J. said.

As a Vice President and Commercial Banking Relationship Manager with U.S. Bank, J.J. has spent his career in banking, including a 10-year stint in Chicago before moving back to Denver. He also volunteers with several other local nonprofits, including the Denver Active 20-30 Children’s Foundation and Social Venture Partners.

How did you first get involved with SafeHouse Denver?
J.J. was first introduced to SafeHouse Denver as part of a grant review he was helping with for Denver Active. After meeting SafeHouse’s former Chief Development Officer Valerie Chilewski and later our CEO Victoria McVicker, J.J. was impressed with the agency and eventually joined our Board of Directors in 2017. Speaking about the whole organization, J.J. has nothing but praise. “I just can’t say enough about what an incredible team and the incredible work that […] the entire team does,” he said.

He humbly describes himself as only a very small part of the organization, pointing to Advocates and direct service staff as the real reason that SafeHouse is able to make such a difference in people’s lives. “My lifelong commitment is continuing to support SafeHouse, even when my Board tenure ends,” J.J. proclaimed. “I will continue to be the biggest advocate […] and tell the story and try to get more and more people informed about what SafeHouse does.”

What does the mission of SafeHouse mean to you personally?
“I’ve always said the two most important women in my life are my mom and my grandma because they’ve inspired me in so many ways,” J.J. shared. “What I do is in honor of them and my family, because I’ve seen the long-term impact of staying in an abusive relationship.” His grandfather was horribly abusive to his grandmother, and as one of seven children, J.J.’s mother often helped take care of her siblings. Leaving wouldn’t have been easy given their lack of resources, and to make matters worse, they didn’t have the necessary support of extended family. To those family members, domestic violence was a private matter and a husband knew best, so a wife was expected to stand by him and accept his behavior.

Hearing these stories from his mother and knowing the effects of this trauma in his family and so many others, J.J. felt compelled to support SafeHouse Denver. He believes that an organization with services and resources like ours would have made a difference for his grandmother if it had been available at that time. “It’s a very powerful story for me and something that really means so much to me. I don’t want anyone to have to ever experience that [abuse],” J.J. said.

What do you wish more people knew about domestic violence?
Recognizing the complicated patterns and controlling behaviors within domestic violence, beyond physical abuse, is something J.J. would like to see more people understand. “I think people simplify it… people who haven’t lived it or haven’t vicariously, in my case, understood how complex the issues are,” he said. Returning to his grandmother’s experiences, he described how she had no freedom to go anywhere or do anything. She was too scared to have conversations with anyone about the abuse for fear of his grandfather finding out, gradually feeling isolated from the ones closest to her.

Why is it important for men to be vocal advocates in their support of survivors and our mission?
“There are men that absolutely look at domestic violence as one of the most horrendous acts and crimes that anyone can commit,” J.J. explained. With male allies, advocacy serves a dual purpose. Among other supporters, it helps the public understand that it’s not just an issue that affects women. For survivors themselves, it can help their journey of healing to see men both in their lives and in their communities who are passionate about stopping domestic violence. “It’s something that should be done, and it’s just the right thing to do.”

Join J.J., his fellow Board Members and other SafeHouse Denver supporters at the Hope Gala on October 9 as we celebrate the journey of those in our services and raise funds to help even more survivors in the future. Register today!