Telling The Story Of SafeHouse Denver 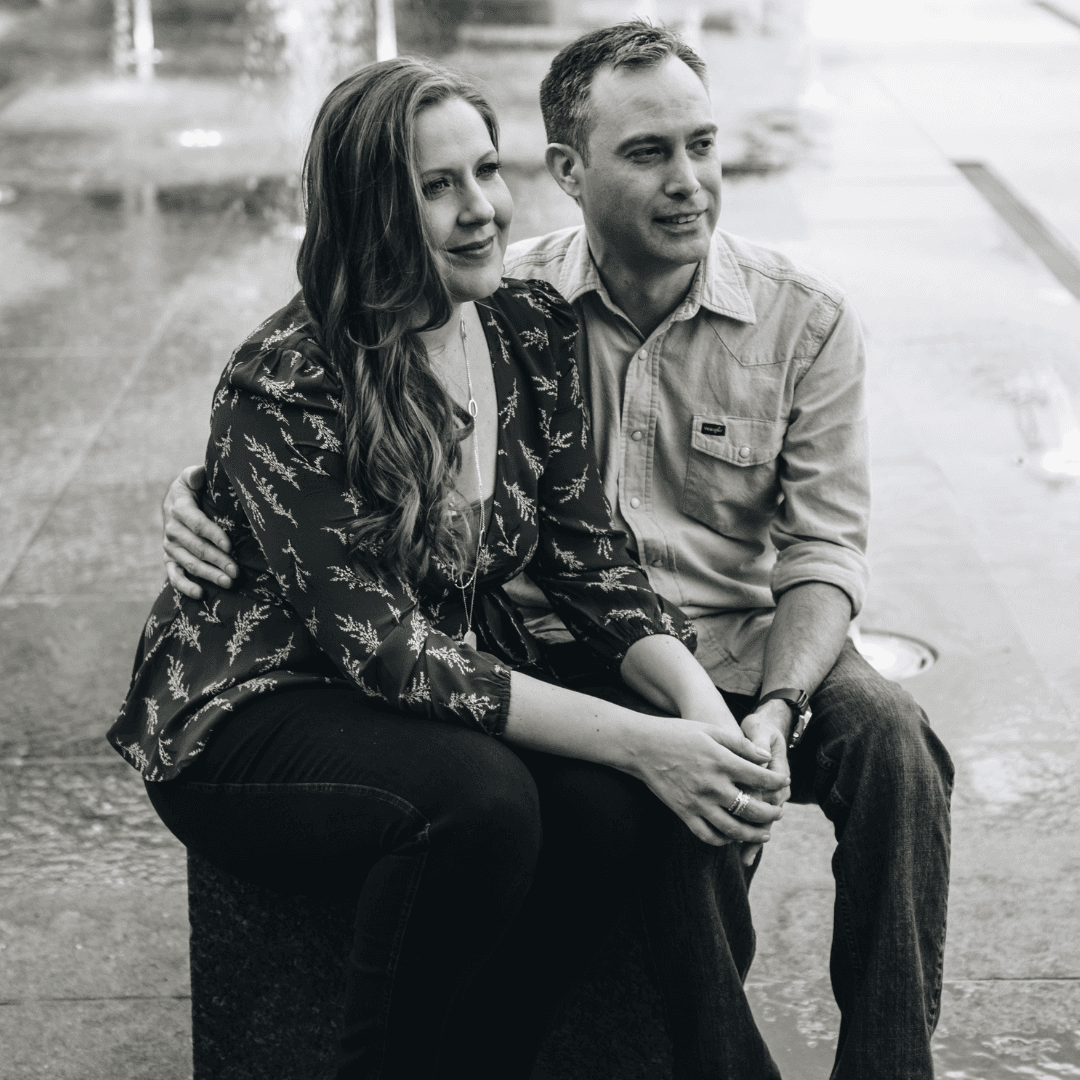 Welcome back to our regular series: the Supporter Spotlight!

Every member of our community has a story… a reason why the work of SafeHouse Denver means so much.

This month, Rae Dolnick and Christian Snyder – longtime SafeHouse volunteers – discuss their personal connection to the history and legacy of the agency in light of the 45th anniversary tribute they compiled for this year's Hope Gala.

Tell us a little more about yourselves.

Saving lives is all in a day's work for these two, so their relationship with SafeHouse Denver is an extension of that spirit. Rae is a social worker, and Christian works with blood stem cell and marrow transplants. Rae's stepfather was in the Army, so she grew up all over the country and even around the world, while Christian is originally from Arizona. They met in Virginia while they were both serving in the Navy, and they've been settled here in Colorado for 20 years.

How did you first get involved with SafeHouse Denver?

Rae first learned about SafeHouse as a resource for her social work client referrals. After attending Sampling For Hope, our signature tasting event, they were able to witness firsthand the scope and impact of our trauma-informed services. They immediately felt compelled to do more with the agency and started volunteering.

In addition to serving on the Hope Gala Steering Committee, Rae and Christian's passion for the organization led them to take on a massive project: creating several visual representations that trace SafeHouse's 45-year contribution to supporting survivors. "We really focused hard, as a Committee, on communicating that sense of the breadth of the history of SafeHouse Denver – how significant 45 years of operations really are," Rae shared. The narrative thread that holds this ambitious retrospective together is "the sheer weight and responsibility and honor […] of all the lives that have been touched in that timeframe, and then the number of people it takes to make that happen." Attendees at this year's Hope Gala will be the first to see these incredible historical representations unveiled.

Rae and Christian have spent countless hours sifting through a wide variety of archival materials: old videotapes with fundraiser footage and public service announcements; more than 30 years' worth of newsletters, annual reports and event programs; local news articles; and photo after photo – all artifacts of the very real impact that SafeHouse Denver has had on the community. "SafeHouse IS a survivor. It has its own survivor story of evolving and growing and getting set back then stepping back up and overcoming," Rae explained. Observing all of the different approaches over time to meet survivors' needs, Rae and Christian could see the development of the domestic violence awareness movement, from how the issue was framed in mainstream discourse and the verbiage that was used, to welcoming men and diverse populations as survivors. "The organization has really been at the forefront of making sure they stay in the conversation and stay relevant," Christian stated.

What does the mission of SafeHouse mean to you personally?

Both Rae and Christian come from families that experienced violence in their homes, and they view their involvement with SafeHouse as a way to pay forward the healing they have pursued to survivors in need of support. "In some ways, it's still kind of a miracle to me how good our life is. I just know that there are people out there right now who don't have that or maybe don't even know that it's on the table for them," Rae said. "It's important to me to somehow contribute to getting [survivors] connected." Christian agreed by saying, "Who we often see come to SafeHouse are people that really don't have any kind of safety net," elaborating that "even though it wasn't a great childhood, I was a lot more fortunate than a lot of people that go through that."

What do you wish more people knew about domestic violence?

The pervasive nature of abuse is an unfortunate social reality where Rae and Christian would like to see more attention paid. "There's no type" of person or group that domestic violence affects more than others, Rae said. "This is something that weaves itself into absolutely every space in our society. We share that we're survivors because that kind of representation" matters and creates more visibility for the issue. There is also a serious journey on which survivors embark to reclaim their right to lives free from abuse. "None of this is easy. It takes a leap of faith for people to go to SafeHouse," Christian said. "There are a lot of ways that our society doesn't support people taking this leap out of their lives to go somewhere else. SafeHouse does a lot of amazing things, but it's still not an easy process" for survivors to start over.

What advice do you have for people who want to get involved with our mission?

Through their research into SafeHouse Denver's past, Rae and Christian have encountered a fair number of surprises. Some of these surprises were fun, like the 20th anniversary Gala in 1997 having a Cirque du Soleil-inspired theme. Some of them were shocking, like SafeHouse closing briefly in 1980, a mere three years after it started, due to a lack of available funding and resources. Some of them were inspiring, like longtime supporter and Board member Carolyn Hamil Henderson – for whom we named a special community award – being instrumental in the addition of the ReFUND line on Colorado tax returns that allocates nonprofit donations. Every surprise tells the story of SafeHouse Denver, setting the stage for its next 45 years and encouraging the community to share our mission of hope and healing even more widely. "I want people to know that there's a role for them however they are comfortable. Not everybody is an Advocate, not everybody's a Crisis Line worker, not everybody's a committee member… but everybody can do something," Rae concluded. "It takes all the things, all the people coming together to sustain an organization like this."

Seats are selling fast for the Hope Gala on Saturday, Oct. 15! Purchase yours today to join us for this milestone celebration that honors the survivors of the past, present and future.